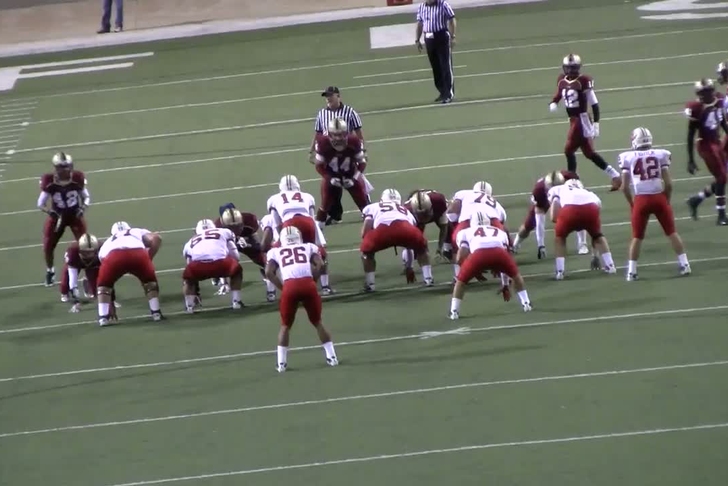 Per John Taylor of NBC's College Football Talk, "according to Brian Davis of the Austin American-Statesman, and citing an unnamed a Texas official, Deoundrei Davis has been dismissed from the Longhorns football team.  No reason for the dismissal was given."

The report has been backed up by several major media outlets, likely meaning that Davis will represent the eighth Longhorns player to be banned from the program by Strong since he took over the program just about eight months ago.

Davis was a four-star recruit from the Longhorns' 2013 class, ranking as the no. 4 outside linebacker in the entire country and 91st-best overall player during that year's recruiting session. He spent his true freshman season last year rehabbing a knee injury suffered in high school and did not play in the Longhorns' season opener last week.