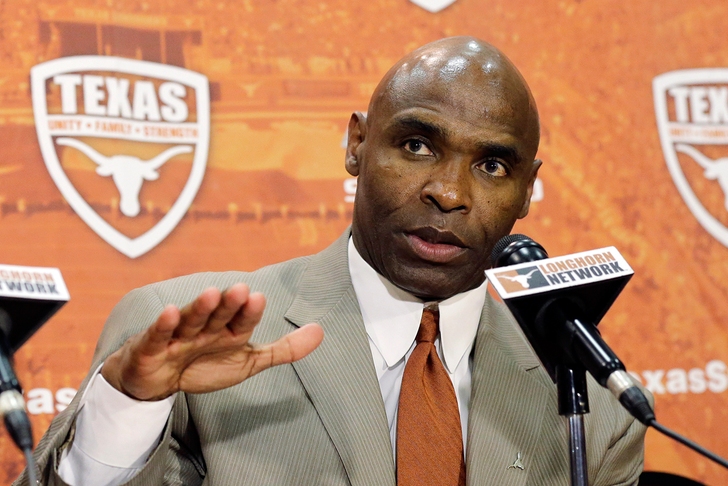 The Texas Longhorns struggled historically in chillier conditions under former head coach Mack Brown, with past Longhorns teams looking nothing like their true selves in colder weather.

With the temperature down to 44 degrees at kickoff in Stillwater on Saturday, head coach Charlie Strong wasn't about to let his team fold in the cold weather.

"They thought it was cold, but I told them it wasn't cold," Strong said after the team's 28-7 road victory over the Oklahoma State Cowboys, via Wescott Eberts of SBNation. "I said, 'Look what I have on.'"

Strong forced his linemen to remove their tights and didn't allow his skill position players to have a pouch to keep their hands warm. This change from the past forced Strong's boys to deal with the elements as they were, while keeping their minds on the game.

"I said that up front we were going to win the game, so you get that mess off," Strong said. "I made them take it off. The skill guys had the little pouches on and I said the quarterback was going to wear one, but the rest of you take it off. It was all about our mindset. The weather was not going to be an issue."