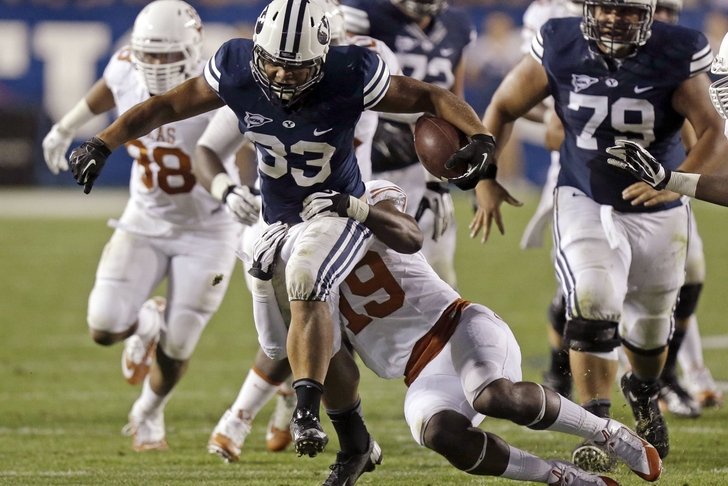 According to Max Olson of ESPN.com, "the Longhorns didn’t just go on to lose 40-21 that night. They’d lose their quarterback, their defensive coordinator, their next game and eventually their coaching staff. And if you ask Texas players today, they lost some dignity that fateful night in Provo, Utah."

After giving up a program record 550 rushing yards to the Cougars - surpassing the old mark by almost 100 yards - the Longhorns felt shell-shocked.

“That’s probably the most embarrassed I’ve ever been,” cornerback Quandre Diggs said, via Olson's article on Thursday morning.

“I think that was one of the all-time lows for us as a team in general,” receiver John Harris added.

With BYU coming to Austin for a much-anticipated rematch this Saturday, the chance for redemption is at hand. However, it will be a very different Longhorns squad shouldering the challenge, after last year's loss shook the program at its very foundation.