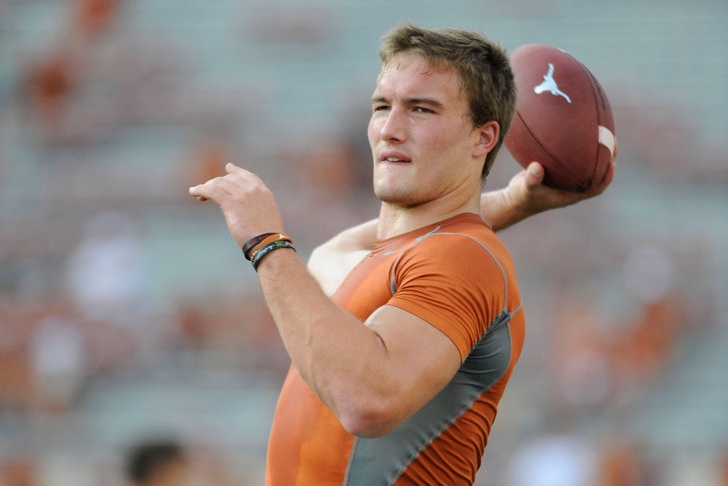 After a series of concussions, Longhorns QB David Ash has decided to step away from the game of football.

Longhorns Head Coach Charlie Strong made the announcement Wednesday. Ash suffered a concussion against BYU in 2013 that was re-aggravated weeks later against Kansas State, and he ended up missing the remainder of the season as he dealt with concussion symptoms.

In the Longhorns' 2014 season opener against North Texas, Ash played nearly the entire game, but felt ill later that evening and was ruled out indefinitely. Tyrone Swoopes started the next game against BYU in his absence, and will take over the starting QB job for the immediate future.

We wish Ash the best of luck in his future pursuits.