Has Texas Flipped A Five-Star Quarterback From Texas A&M? 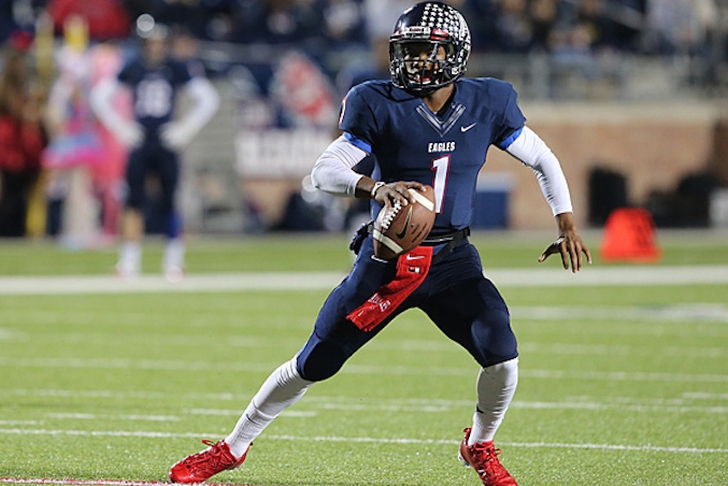 The Texas Longhorns are set to bring in one of the top recruiting classes in the country, but they may have made their biggest splash to date.

Murray committed to the Aggies in May of 2014, but tweeted out this picture Wednesday afternoon:

Murray has yet to say anything officially, but the jersey does seem to indicate that he's switching his commitment to the Longhorns. The 5'11", 178-pounder is the 13th ranked prospect overall by ESPN 300, and is the top-rated quarterback.

Follow our Texas Longhorns team page for the latest Longhorns news and rumors!