Has Four-Star Wide Receiver Ryan Newsome Flipped His Commitment From UCLA To Texas? 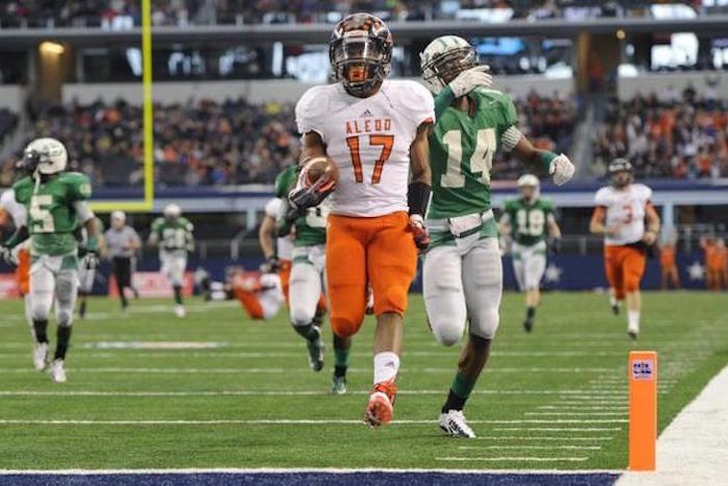 Four-star wideout Ryan Newsome (Aledo, TX) has flipped his commitment from UCLA to Texas - or has he?

Multiple reports have said he faxed in his Letter of Intent to the Longhorns and Texas' official Twitter account tweeted a welcome to Newsome, but he's now denying those reports and Texas has deleted the tweet.

Don't believe everything u hear!!!

If Newsome holds firm with his UCLA commitment, it would be another big get for the Bruins, who have already signed the No. 1 running back (Soso Jamabo) and No. 1 tight end (Chris Clark) in the country today.

However, if these reports are true and he has flipped to Texas, the Longhorns will be getting a speedster that can make an immediate impact for them starting at slot receiver and in the return game.

Stay tuned to Chat Sports for all the latest National Signing Day news!