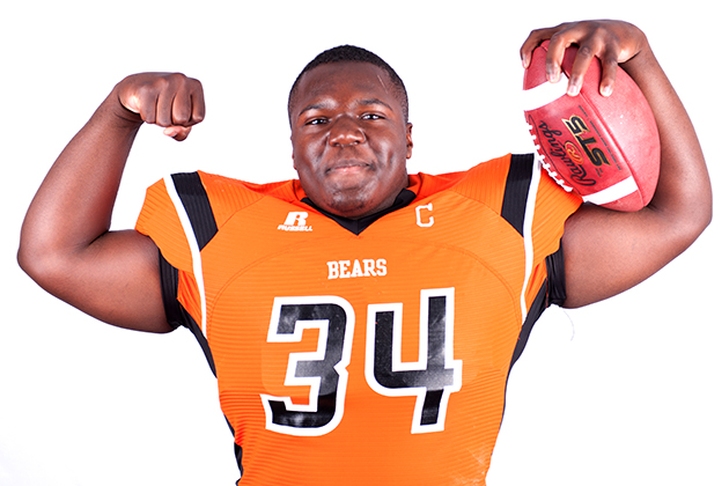 With signing day just three days away, the majority of the recruiting class is set in stone. Here are the last players that Texas is still hoping to land a commitment from.

1. Daylon Mack- It was only a few weeks ago that Mack publicly stated that he was no longer considering Texas. However, following a surprise visit last weekend, Texas is now viewed by many as the favorite to land the services of the 5-star DT. The #14 player nationally is down to three schools: Texas, Texas A&M and TCU. A commitment from Mack would be a huge get for Strong, as he could step in and be a day 1 starter for the Longhorns. He is set to announce at 11:30 a.m. Wednesday on ESPNU.

2. Soso Jamabo- Like Mack, Jamabo was not even thought to be considering Texas until a few weeks ago. When Mack Brown was still at Texas, it seemed almost inevitable that Jamabo would be a Longhorn. However, after the hiring of Charlie Strong his name seemed to disappear. Somehow Charlie Strong was able to re-enter his recruitment late with a big push, and Texas is now viewed to be the favorite for his services as well. Soso Jamabo is the #32 player nationally and the #2 RB in the class. He too would be a big win for Texas, as he could compliment Johnathan Gray in 2015. He is down to Texas and UCLA and will be announcing early Wednesday morning.

3. Chris Warren- Another top running back, Chris Warren is the #8 RB nationally and the #77 ranked player. He has long been a Texas lean, and nothing has really changed that heading into NSD. He is a big running back at 6'2 and 240 pounds, and is thought to be one of the most complete backs in the class. The Texas native is down too three schools: Texas, Oklahoma State, and Washington. It would be a shock if he chose not to come to Austin. He is set to announce Wednesday at 8 a.m.

4. Kai Locksley- With the loss of Zach Gentry to Michigan and the failed attempt to flip Kyler Murray, the recruitment of Kai Locksley is now of crucial importance. The Baltimore product has been committed to Florida State since August, but Texas has been making a huge push of late to land his services. With 2 other QB commits in the FSU class, the dual threat athlete has been taking a hard look at Texas, as it gives him the best shot to try and compete for a starting quarterback job. Whether he makes it as a quarterback or flips to play receiver or cornerback, Locksley is an intriguing talent whom the Longhorns would welcome with open arms. He will announce on Wednesday and is down to only Texas and Florida State.

5. Damarkus Lodge- The one time Texas A&M commit would be a huge pull for the 2015 Longhorn class. Lodge who is great friends with A&M recruit Kyler Murray took a surprise visit to Austin last week, and seemed to be giving Texas a real shot to land his services. However, with Kyler Murray choosing to stay with Texas A&M, a commitment from Lodge would be a real shock. Lodge is rated as the #6 wide receiver nationally, and with measurable at 6-2 and 190 pounds he is a big receiver. He will announce his decision on Wednesday and is down to Ole Miss, Texas, and Texas A&M.