Exclusive: John Harbaugh is the #2 Choice for Texas Football Coach 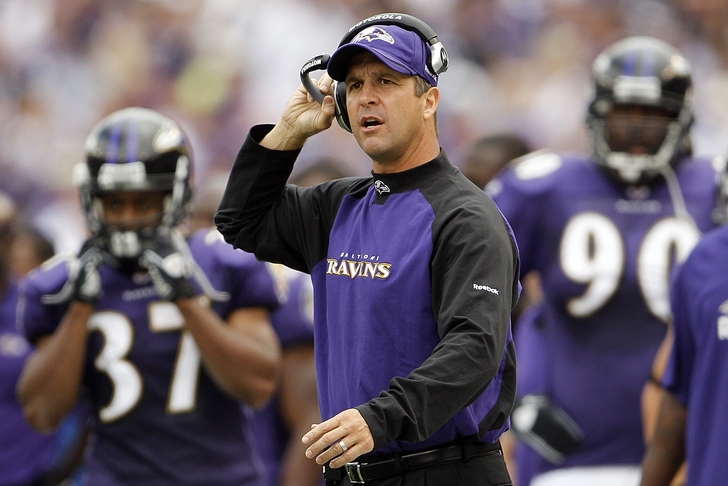 Several weeks ago, we reported that Ravens head coach John Harbaugh could potentially become the hottest coach in football history, with three historically powerful football schools potentially pursuing his services. Since then, several things have changed:

3. Alabama lost a game, opening up the possibility of Nick Saban looking at another job during the month of December.

There's no questioning that Nick Saban is the #1 choice to be the next Texas coach, and folks in Austin are very confident that they'll land him. If Saban decides to stay at Alabama, we have learned that John Harbaugh is the next choice for the Longhorns.

Harbaugh is in the middle of the AFC playoff chase, so things could get dicey in Baltimore. We could see a situation where Harbaugh will be asked repeatedly at press conferences about the Texas job in the coming weeks if Saban turns down the offer. The Ravens are tied with the Miami Dolphins for the final AFC playoff spot, but face a very tough schedule in their final three games, with matchups against the Lions, Patriots and Bengals. We are told that if the Ravens make the playoffs, Harbaugh would not be an option for Texas.

Would Harbaugh listen if Texas came calling? From what we hear, yes.

"John won a Super Bowl, went to the playoffs every year and is open to seeing what the next challenge is. Jobs like Texas and Michigan don't come up often, so who knows, this could be his last chance to land a college job like this. There are very few schools he would consider: Texas, Michigan, Alabama, Georgia...how often do those jobs come available?" our source said.

More on Mack and Saban: