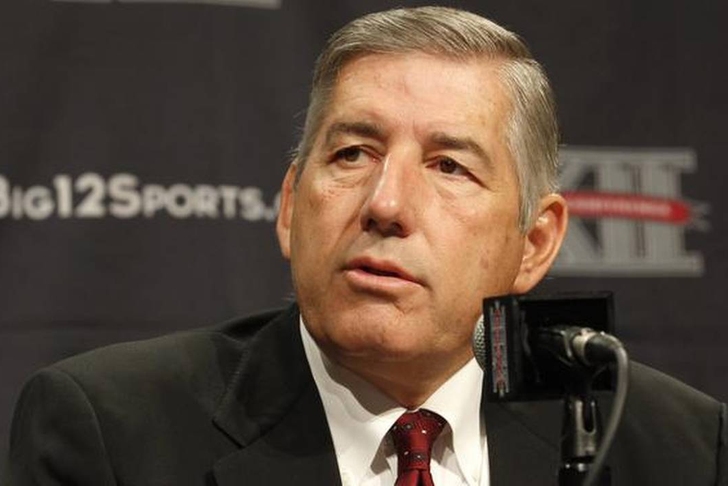 Can't get enough Longhorns football news and rumors? Be sure to download our 5-star iPhone app today!

The Texas Longhorns' Longhorn Network has been termed "a boulder in the road" by Big 12 commissioner Bob Bowlsby in regards to the team's long-term television plans, per Brian Davis of Statesman.com.

"The Longhorn Network is a boulder in the road," Bowlsby said. "It really is. They did something that almost no other institution in the country could do because of the population in the state, and we’re looking at some way to try and morph that around a little bit.”

“It really begs the question about, how are we going to get our sports in the years ahead?,” Bowlsby continued. “If technology changes in the next five years as much as it’s changed in the last five years, we’re not going to be getting our sports by cable TV. I don’t know what it’ll be. But increasingly, we’re using mobile devices … Google Network and Apple TV and things like that are coming into play.”

Bowlsby is looking for ways to work around the ESPN-branded Longhorn Network, along with searching for a way to make the Big 12's offering into the conference-branded media market a revolutionary one.

“I’m not sure the world needs another exclusive college cable network," Bowlsby said. "Rather than trying to do what everybody else has done, I would much rather try to figure out what tomorrow’s technology is and get on the front side of that and be a part of what happens going forward and monetize that.”