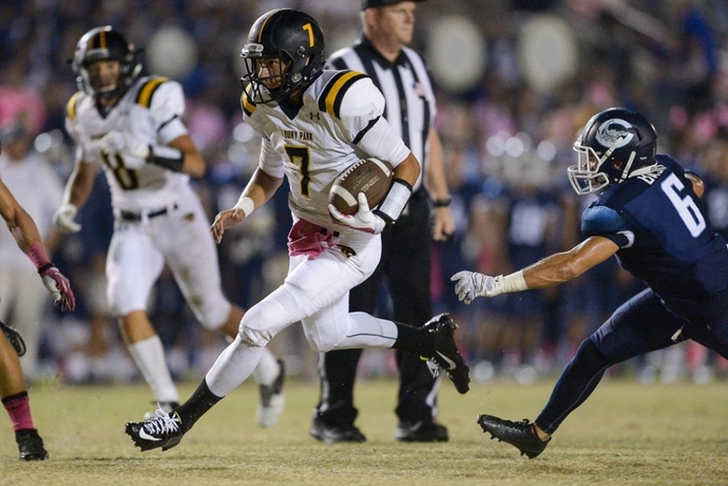 The Texas Longhorns have poached a QB recruit from the rival Oklahoma Sooners. Four-star QB Cameron Rising announced on Twitter that he's flipping his commitment from Oklahoma to Texas.

Rising is the No. 134 overall recruit in the nation. The No. 7 pro-style QB hails from California, where he's the No. 16 recruit.

It's a nice get for Texas and poaching him from OU is just icing on the cake. Rising joins Casey Thompson, another four-star QB who committed on April 13th.

The addition of Rising gives Texas four recruits for the class of 2018. They rank 26th nationally in the 247Sports rankings. The Sooners still have five and rank 20th.