3 Reasons Why Texas Will Beat West Virginia This Weekend 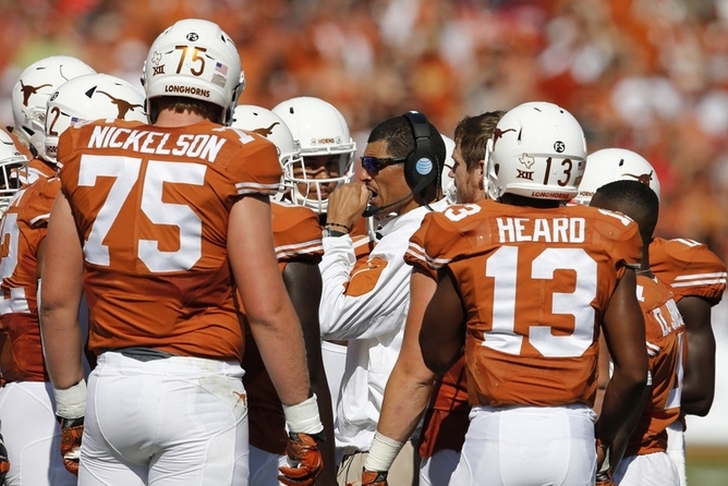 The Texas Longhorns have won three of their last four games, and are looking to continue their hot streak (and to get back to .500) against West Virginia on Saturday. Here are three reasons why Texas will beat WVU this weekend:

Texas has leaned heavily on freshmen this season, which is part of Strong's grand rebuilding plan. None of the freshmen have been more impressive than MLB Malik Jefferson, which shouldn't be a surprise - he was a highly touted recruit and he's lived up to much of the hype this season. Texas is also starting two true freshmen on the offensive line in Connor Williams and Patrick Vahe, and CB Holton Hill looks like the next great Texas defensive back. While there are many more seeing significant playing time for the Longhorns, all have shown they have the talent to make a big impact. Expect them to play a big role against the Mountaineers.

After getting off to a 3-0 start against less-than-impressive competition, West Virginia has lost four of their last five games - three of which came by 20 points or more. When these two teams met up in Austin last year, Texas was surging while the Mountaineers were regressing. This season's matchup appears to be a mirror image of that, giving the Longhorns the advantage.

The Longhorns' passing game has been an adventure all season long, but their running game has been one of the best in the country. They average over 200 yards per game on the season, headlined by running backs Johnathan Gray and D'Onta Foreman - not to mention quarterback Jerrod Heard's 540 yards on the ground. Look for them to run all over West Virginia's lackluster run defense.