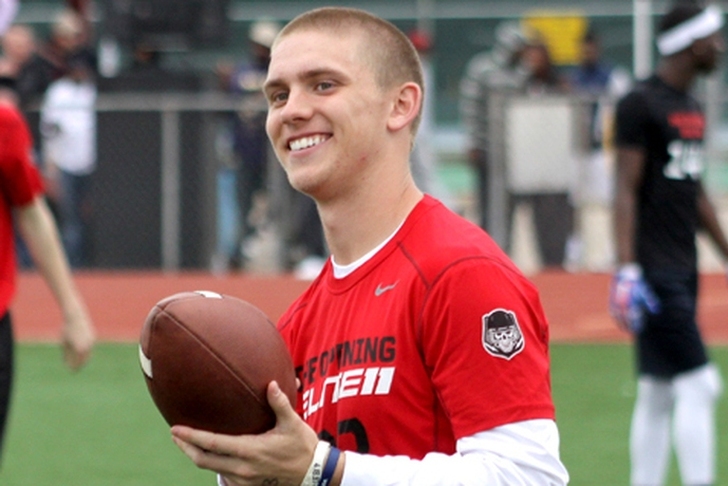 With their spring game right around the corner, several questions will soon be answered about the makeup of Charlie Strong's Texas Longhorns team. No matter who moves up or down the depth charts, however, putting forth a winning record will be what makes or breaks Strong's third season at the helm.

After two seasons of sub-.500 football, what big things can Longhorns fans expect to happen on the field in 2016? Here are three bold predictions for Texas' upcoming season.

Shane Buechele Will Be Starting QB
Sophomore Jerrod Heard remains the favorite to claim Texas' starting quarterback job once he return from injury, but how Shane Buechele performs on Saturday could be very telling. Sterlin Gilbert will want to go with the QB that can best operate his spread offense, and if Beuchele can show he is capable of doing so at a high level, he could leapfrog senior Tyrone Swoopes and push Heard for playing time once camp rolls around.

Johnson didn't receive a ton of hype coming out of high school, due in large part to him being injured for most of his senior season, but the 6'6'' kid from California has stood out in spring practices. Many are touting him as the best rookie in the Longhorns' incoming class, as he already has the physical makeup to dominate college competition. With Texas lean at wideout, expect Johnson to quickly become the team's go-to target in the passing game and become one of the Big 12's best as his position by season's end.

D'Onta Foreman and Chris Warren Combine For 15 Rushing TDs
Foreman and Warren should form a two-headed monster in the Longhorns' backfield, particularly at the goal line. Both run the ball very physically but also boast surprising speed, which should allow them to blow Jonathan Gray's 2015 production out of the water. Fifteen touchdowns is a lofty goal, but one that is attainable given the team's question marks at QB.