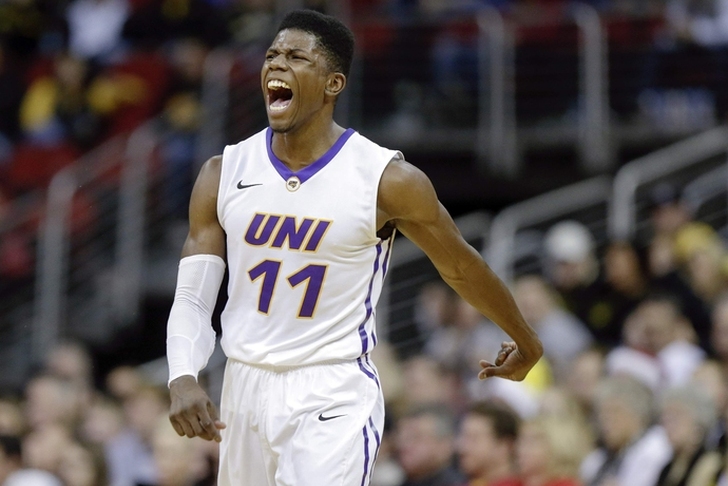 The Northern Iowa Panthers led the Texas Longhorns 44-36 at half, but needed a second half comeback to win. No. 11 seeded Northern Iowa became the third No. 11 seed to beat a No. 6 this year in the 75-72 victory.

Texas started the second half hot, going on a 21-10 run to take the lead back. But UNI didn't give up, and the game was tied at 69 with less than on minute left. UNI took a 71-70 lead with roughly 20 seconds left and held on for the win thanks to this buzzer beater by Paul Jesperson.

Isaiah Taylor led the way for the Longhorns, with 22 points, six assists and four rebounds. Javan Felix added 12, while Eric Davis had 13.

Guard play was key for Northern Iowa, as it was for Texas. Wes Washpun was the top scorer for UNI, with 16 points. However, his time on the court was limited because of foul trouble. Jeremy Morgan also had 16, while Jesperson added 14 and Matt Bohannon had 10.