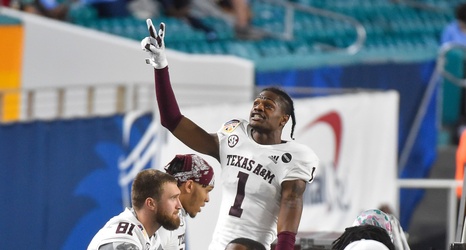 If there was one Texas A&M Football prospect to get excited about last season, it was Demond Demas. The five-star wide-out could make a case for being the best receiver in his class.

His measurables were off the chart, with a vertical over 41 inches and a sub-4.5 40-yard dash. At 6’3″, it seemed like he would be virtually unstoppable, even at the college level. How could a 5’11” cornerback jump with him?

Sure, you could throw a larger safety into coverage against him, but then he’ll just outrun the poor defender.