Texas A&M football: What can we expect from Kellen Mond in 2019? 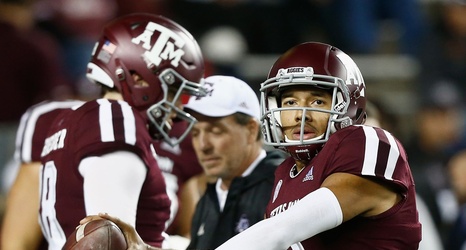 When Jimbo Fisher took over for Texas A&M football it was like wiping the slate clean and starting over for most players on the offensive side of the ball, especially for those who had spent years under Kevin Sumlin running his air raid offense. Fisher wasn’t going to mess with all that. He had a system that had won him a national championship and was going to implement his concepts.

It forced the quarterbacks on the roster to undergo yet another competition for the starting job. Nick Starkel must have figured the job was his until proven otherwise.