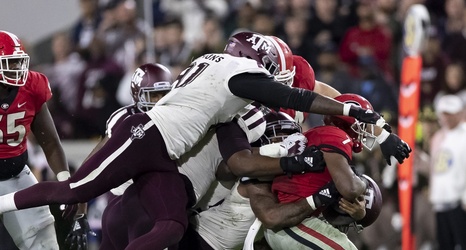 This week, Todd McShay released the start of his early NFL Draft Big Board (paid) for the 2022 NFL Draft, and the Texas A&M Football team was well represented. This is obviously not a list that should be taken overly seriously, as there is still an entire season of football to be played.

Still, having multiple Aggies in the top-50 of college football is a big bonus.

Unsurprisingly, the first Aggie listed was DeMarvin Leal, Texas A&M’s defensive lineman who has been receiving more than a handful of preseason recognition in the 2021 offseason.