Texas A&M Football: 3 Aggies likely to be taken in the 2021 NFL Draft 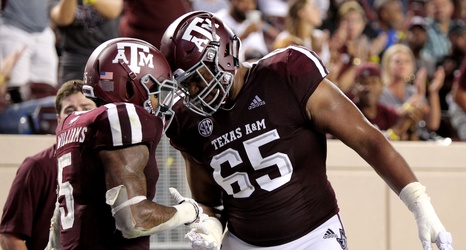 The Texas A&M Football team generally has a few players taken in each NFL Draft. Last year, the team only saw two players go, one of whom was former TAMU punter Braden Mann to the New York Jets in the 6th round.

This year may be another quiet year at the top of the draft for the school in College Station, but there are a handful of players who are projected to be taken in the later rounds of the NFL Draft.