Expanded Playoffs benefit a lot of programs. Perhaps none more than Texas A&M. 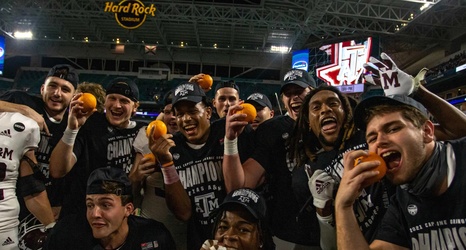 The college football world was rocked last week by the news that the College Football Playoff management committee was recommending expansion to a 12-team playoff. The reactions were rampant, ranging from fervent support to abject hatred. But no matter where you stand on the merits of expanding the Playoff, it’s undeniable that it opens to door for more teams to compete for a national title, and perhaps no team in the country is better positioned to take advantage of this proposed system than Texas A&M.

The next five years of Aggie Football could be the most formative we’ve seen in generations.
See full article at Good Bull Hunting