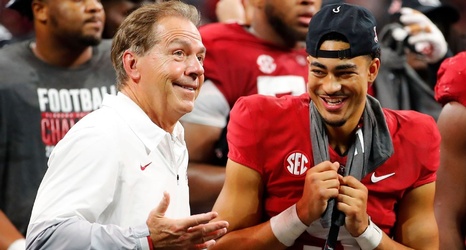 Alabama is the runaway favorite to win the SEC football title for a third consecutive season, according to a media poll released Friday.

The Crimson Tide received 158 of 181 votes to win the conference title. Georgia was next closest with 18 votes, South Carolina received three votes, and Vanderbilt and Texas A&M tied with one vote each.

Friday marked the seventh consecutive year in which Alabama has been picked to win the SEC championship, though the media has correctly predicted the champion only nine times since 1992.