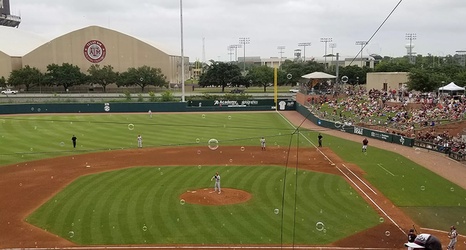 With the program’s seventh consecutive opening weekend sweep (dating back to 2014), the Fightin’ Texas Aggie Basedballers took care of business against Miami (OH). Now it’s always important to remember that, outside of the big-name opening weekend tournaments, such as the MLB4 Collegiate Baseball Tournament, or big-name opening weekend series, like Ole Miss’ 2-1 series win over former No. 1 Louisville, there’s not much to reliably glean from a sweep in a team’s first series. Yes, the fresh-faced Aggies of 2017 essentially shot Bowling Green into the sun and later wound up in Omaha, but let’s not forget just how close that team was to missing out on a regional berth altogether.