Aggie 1B Will Frizzell named SEC Baseball Player of the Week 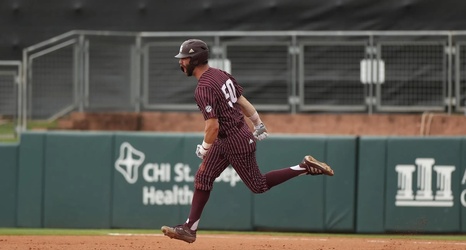 It’s been a less than stellar season for Texas A&M baseball, but easily the highlight so far was this past weekend as the Aggies took two out of three games from No. 12 Ole Miss at Olsen Field. And while baseball is one of the ultimate team sports, it’s not hyperbole to say that neither of those wins probably happen without first baseman Will Frizzell.

Frizzell had a whopping FIVE home runs on the weekend, including a walk off homer on Friday night and a go-ahead grand slam in Sunday’s win. The walk, as it turns out, was cheaper.