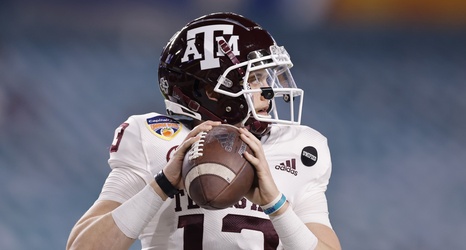 The Texas A&M Football team feels like it’s on the verge of something great. With Jimbo Fisher, a former national championship-winning head coach, in charge, the sky is the ceiling for this Aggie Football program.

National media is recognizing this, as TAMU is ranked in the top ten of most early college football rankings.

But even in a year where it feels like the Aggies are destined for greatness, there are a lot of question marks.