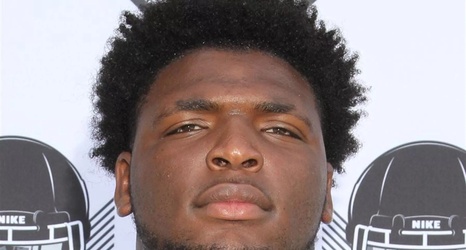 National Signing Day may not have the juice that it used to thanks to the December signing period, but dangit if the Texas A&M Aggies didn’t wrap up their class in the best way possible. Already locked into their second straight top 10 class, the Aggies got the cherry on top with the commitment of four-star Mississippi defensive tackle McKinnley Jackson.

Jackson is 6’2” and 327 pounds, and is ranked as the #61 recruit in the country, the #9 defensive tackle and the #1 player in the state of Mississippi. He was offered by 10 of 14 SEC schools, and ultimately chose A&M in a close battle with the Alabama Crimson Tide.