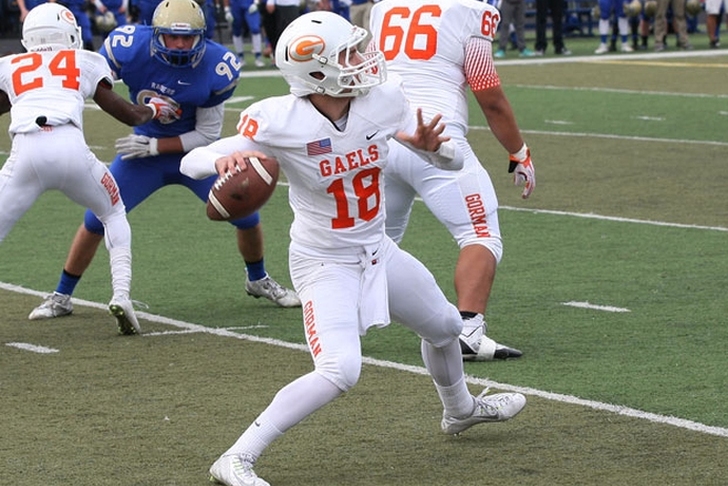 Tate Martell (Las Vegas, NV), the No. 1 rated dual-threat quarterback and No. 18 overall prospect in the class of 2017, has committed to the Texas A&M Aggies over Alabama, Michigan, USC, and Washington.

Martell had previously committed to Washington when he was in middle school while Steve Sarkisian coached the Huskies, but decommitted when Sarkisian left to take the head coaching job at USC.

He is now the first high-level quarterback in the class of 2017 to announce a commitment, which he hopes will help influence other recruits.

"From my perspective, I wanted to be the first kid in my recruiting class," Martell told Rivals.com. "I wanted to have the ability to help bring kids to the school I commit to. I think I have such great relationships with others -- there probably isn't a kid out there that I haven't talked to. I know all the top kids in the country and we all talk about this stuff, playing together and building something at the next level."