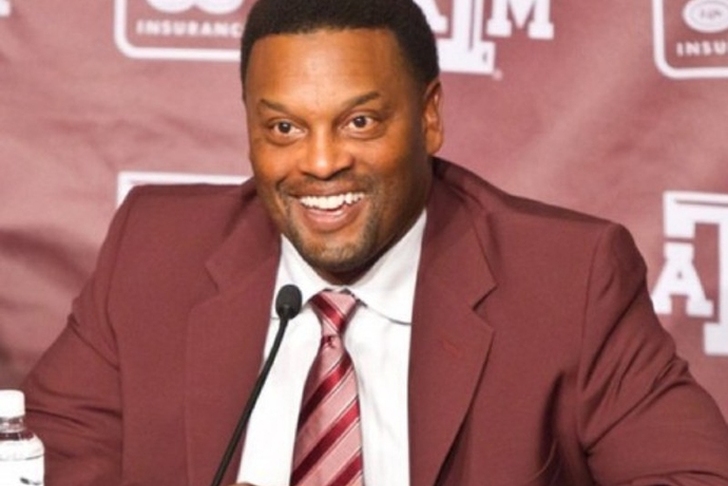 Texas A&M suffered one of the great collapses of all-time in college football Sunday night in Pasadena vs. UCLA, blowing a 44-10 lead, losing to the Bruins 45-44.

Following the collapse, A&M head coach Kevin Sumlin, who is African-American, is on the hot seat in the college football world, seemingly coaching for his job every week.

Just now, his wife shared a photo on Twitter of racially motivated hate-mail calling the coach a n*gger. Charlene Sumlin, shared the photo while asking "how any of you think this is ok." She followed up with a chilling question to the sender "did it occur to you that a child may open it?" Sumlin has 4 young kids living with him.

The sender of the hate-mail ended the letter demanding Sumlin "get lost" followed by a threat of "or else." The return mailing address simply was listed as "Houston Country Club."

People of 2017: please tell me how any part of this is ok. And to the sender: did it occur to you that a child may open it?#orelseWHAT? pic.twitter.com/Co1s2Hb94r

As expected, the college football community quickly came out in support of Sumlin and his family:

This is disgraceful that someone sent this to Kevin Sumlin's family. https://t.co/dBGJFkDzsh

This is sickening and sad... RT if you support @CoachSumlin and his familyhttps://t.co/9GuksZqHL6

Unfortunately, the return address of Sumlin hate mail is simply Houston Country Club. Of course. Because a coward sent it.

If you sent this to Kevin Sumlin & HIS FAMILY, GOD help your hateful soul.I can't even. Someone put a stamp on this & mailed it.Just unreal. pic.twitter.com/rENET0DfGE

Good on Charlene Sumlin for posting that hateful letter and putting it into the spotlight. That took courage. Sending the letter did not.

An Aggie supporter actually sent this to Texas A&M coach Kevin Sumlin....this is awful. this is disgraceful. This is racist https://t.co/NDpvubm8BU