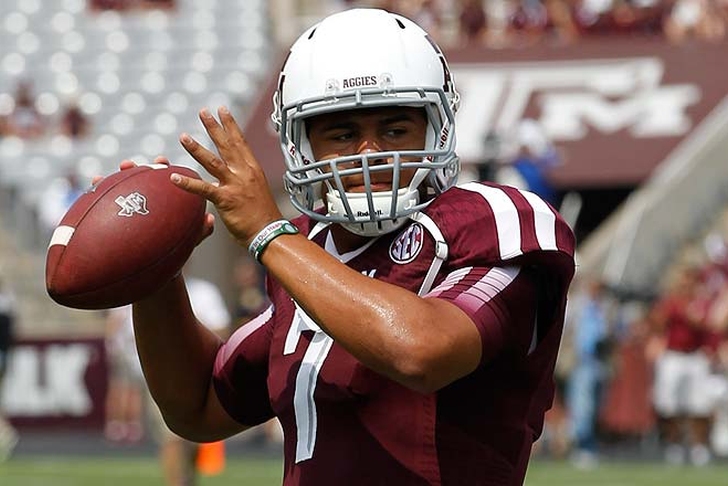 Texas A&M announced Saturday that starting quarterback Kenny Hill will be suspended for two games for "a violation of team rules and athletic department policies."

The school would not say which rule Hill violated. Freshman Kyle Allen will start under center on Saturday against UL-Monroe.

Hill emerged as a surprise Heisman contender through the first five games of the season, throwing 17 touchdowns to only two interceptions while leading the Aggies to a No. 6 national ranking. In the last three games (all of which were losses), he threw for six touchdowns and six interceptions.