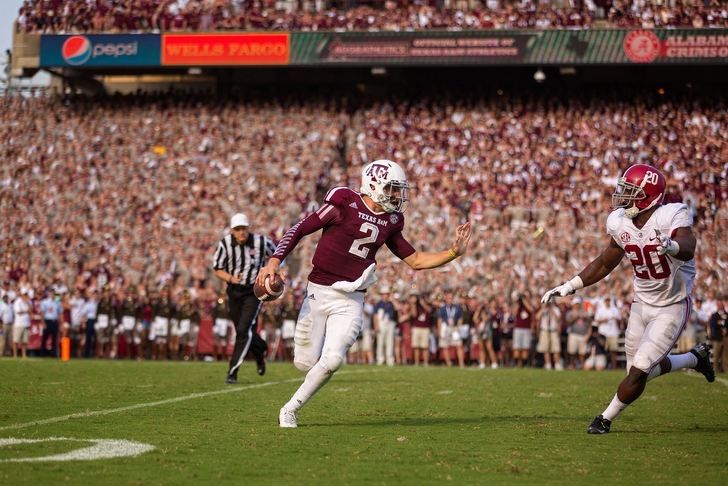 Last year's Texas A&M - Alabama game was a shootout for the ages - Johnny Manziel and Alabama QB A.J. McCarron went the full 12 rounds before Alabama eventually pulled through with a 49-42 victory.

With A&M visiting Tuscaloosa for a rematch, most neutrals expected to see something similar...but Nick Saban had other ideas. After a blistering half of football from Alabama, the Aggies found themselves trailing 45-0...and Manziel was not amused:

Manziel deleted the tweet, but things on the internet don't go away that easily...as he should probably know by now.