3 Reasons Why Texas A&M Will Beat Arkansas This Weekend 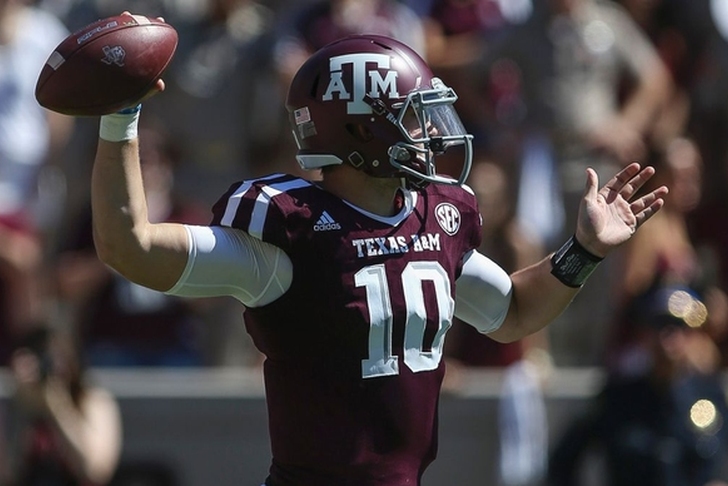 The Texas A&M Aggies have risen to No. 14 in the country thanks to an impressive 3-0 start, and they'll look to continue that on Saturday against the struggling Arkansas Razorbacks. Here are three reasons why Texas A&M will beat Arkansas:

Texas A&M has had one of the worst defenses in the country over the past two years, but new defensive coordinator John Chavis has this unit playing at a much higher level. The Aggies give up just 337 yards per game, and against Arkansas' struggling offense, they should be able to control the game.

2) What has happened to Arkansas' running game?

Razorbacks head coach Bret Bielema is known for having extremely physical run-dominant teams, but Arkansas has been simply average on the ground in 2015. They rank just 79th in the country in rushing, which has kept their offense form putting points on the board. They average just 28 per game - good for 82nd in the country - most of which came in their season-opening 48-13 win over UTEP. Simply put, Arkansas just won't be able to keep up with the Aggies on the scoreboard.

Allen has been one of the best quarterbacks in the country this season, passing for 594 yards and nine touchdowns to go along with two more rushing touchdowns. He has totally mastered head coaach Kevin Sumlin's spread offensive system in his sophomore year, and the Aggies' offense (46 points per game) is exploding because of it. Arkansas struggled defending Texas Tech's spread passing attack last week, meaning Allen should have a field day.