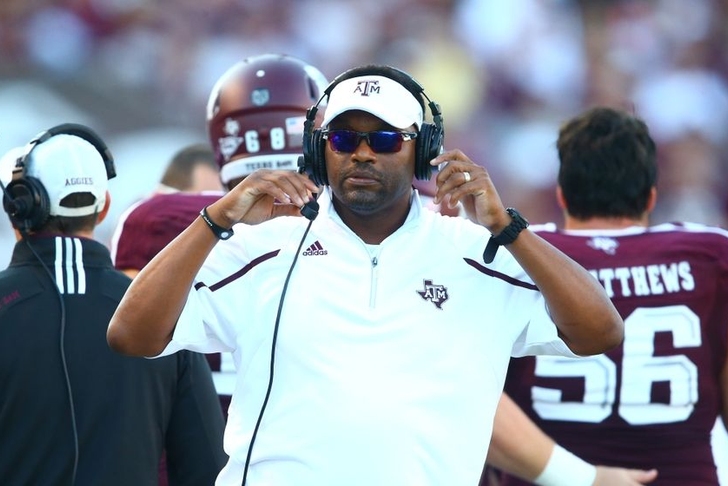 Texas A&M head coach Kevin Sumlin fired defensive coordinator Mark Snyder just after the Aggies lost to LSU in the last game of the regular season, creating one of the most desirable assistant coach openings in college football.

The Aggies finished last in the SEC in total defense at 449 yards per game this past season, so who is A&M pursuing to turn this unit around? Chavis is Texas A&M's first choice, and they're putting the full-court press on trying to lure him away from Baton Rouge. He would get a raise of about $400,000 per year from Texas A&M, paying him $1.7 million annually on a three-year deal. Chavis' current deal with LSU expires at the end of December, and he was reportedly offered a three-year, $4 million extension early this month. The offer did not include a significant raise, so he could be inclined to take the money in College Station.

Durkin was the guy the led Florida's defense that ranked No. 9 in the country last season, though it remains to be seen how much of that success was due to him and how much was because of former coach Will Muschamp. Durkin, 36, will not be retained under new Florida head man Jim McElwain, and would fit in well in Aggieland with his reputation for being an excellent recruiter.

Shoop has been James Franklin's defensive coordinator since 2011, and coached the No. 2 defense in the country during his first season at Penn State. He has experience in the SEC from his time at Vanderbilt with Franklin, and a big-money job in the nation's best conference would be very appealing to him.