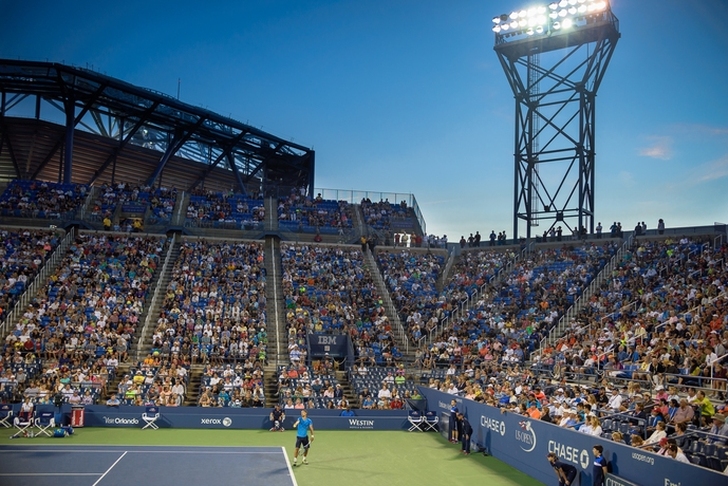 The 2017 U.S. Open Tennis Championship starts at the end of next month and we can’t wait for the final grand slam event of the year following, of course, the Australian Open, the French Open, and Wimbledon. Ahead of that and the trip to the USTA Billie Jean King National Tennis Center in New York, we look back at a few of our favorite finals over the last 40 or so years just to whet your appetite. We begin by going back to 1999 and the year Andre Agassi came through to take his second U.S. Open men’s championship.

Agassi beat Todd Martin in five sets having fought back from two sets to one deficit. It was a remarkable turnaround for the American, especially given that he had dropped to a lowly 141st in the world rankings just two years before. Agassi had firmly returned and enjoyed another successful spell over the following five or so years, which was capped by three Australian Open wins — although he never won the U.S. Open again, despite making it to the finals in both 2002 and 2005.

Another memorable final occurred ten years prior to that with Boris Becker who made history to become the first German to win the U.S. Open upon beating Ivan Lendl. It was his fourth career grand slam at that point and would turn out to be the only time he’d ever grace a final on the outdoor hard courts in “The Big Apple”.

The 1980 final involving John McEnroe and Bjorn Borg has also been rated highly over the years. McEnroe started strong, but Borg fought back before the pendulum again swung the other way. It was McEnroe’s second U.S. Open win, which helped him to become the first person in the U.S. Open era to retain his title from the previous year. It was also especially sweet given he had lost out to Borg at Wimbledon just two months earlier.

Returning to the 1990s now, who could forget Steffi Graf and Monica Seles embracing and kissing across the net in the U.S. Open women’s final in 1995? It was a heated match and both were battling various problems off the court. Eventually, though, Graf did well enough to earn her fourth U.S. title — although it was not her last, as the German emerged victorious again the following year.

We turn now to more recent times and specifically to the 2009 men’s final between Roger Federer — ranked by many as the best of all time — and the then 21-year-old Juan Martin Del Potro. Federer was the favorite and led by two sets to one, but Del Potro didn’t give up. Indeed, in the final set, he was victorious and became the very first Argentinian to win a grand slam, denying his Swiss rival a record sixth straight U.S. Open win.

Last year’s event also produced something of an upset with the “huge underdog” Stan Wawrinka seeing off Novak Djokovic and repeating what he had achieved in 2015 in the French Open. They say history doesn’t repeat itself — well, it did twelve months ago.

If this year’s edition is anything like last year’s or some of those other classics mentioned, we should be in for a real treat. Wawrinka and Djokovic are sure to be strong and at the top of the favorites list, along with, of course, the likes of Federer, Rafael Nadal, and Andy Murray et al. And who knows, maybe in a few years, people will be writing about 2017 as one of the classic U.S. Opens.