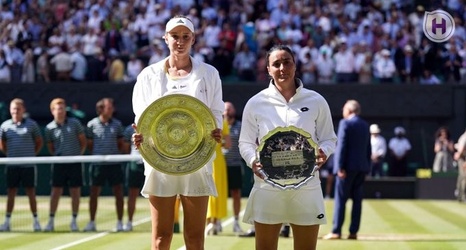 When a player wins a Grand Slam, our social media feeds are flooded with messages of congratulations from fellow athletes, the media and tennis organizations. Going through our Twitter and Instagram feeds the morning after Elena Rybakina’s victory over Ons Jabeur in the Wimbledon final, we are noticing that the WTA players are awkwardly silent to congratulate the new champion.

Unfortunately, Rybakina’s Wimbledon success has been accompanied by political controversies. The 23-year-old, born and raised in Moscow, in 2018 took up the citizenship of Kazakhstan for financial benefit and support and has now become the first Kazakh player — male or female — to win a Grand Slam.