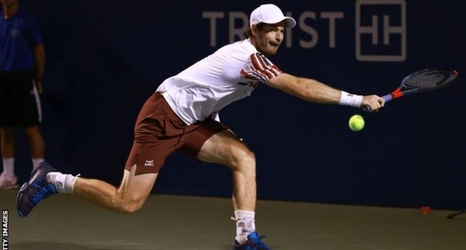 The three-time Grand Slam champion was due to face Australia's Kyrgios, who pulled out because of a knee injury.

Murray, who is set to compete at the US Open from 30 August, will face American Frances Tiafoe next in North Carolina.

"I didn't know if I was going to play tonight. They said if I was playing against a qualifier then I wouldn't play and then I drew a lucky loser.