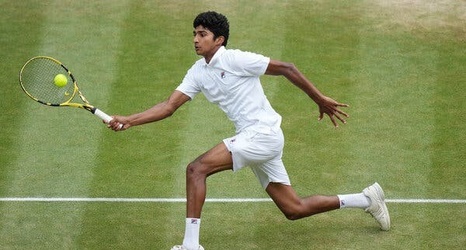 WIMBLEDON, England — As Novak Djokovic and Matteo Berrettini played the first set of the Wimbledon men’s singles final Sunday afternoon on Centre Court, two young Americans were wrapping up the boys’ singles final, 100 yards and also a world away.

In the first all-American boys’ singles final at the All England Club since 2014, Samir Banerjee of Basking Ridge, N.J., defeated Victor Lilov 7-5, 6-3 on No. 1 Court.

Banerjee, 17, dropped his racket and put his hands on his head in disbelief when he converted his third championship point, looking much like any other Grand Slam winner once he became “Samir Banerjee, Wimbledon champion.