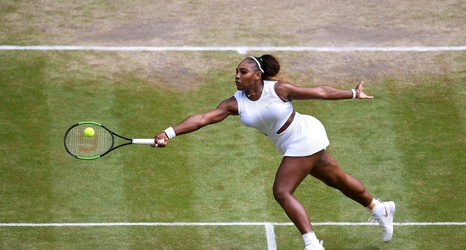 WIMBLEDON, England — On Saturday at Wimbledon, Serena Williams will play Simona Halep for the women’s title and compete in her third final with a chance to win a 24th Grand Slam singles championship, which would tie Margaret Court’s record.

It has been two and a half years since Williams won No. 23, at the 2017 Australian Open. At the time, she was pregnant with her daughter, Olympia Ohanian, and she did not play another tournament until March 2018.