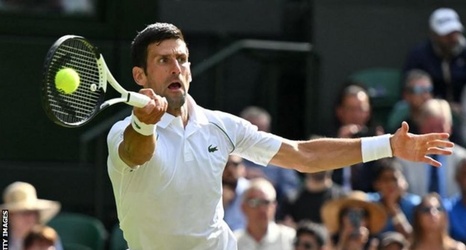 The top seed has not lost a grass-court match since being beaten by Marin Cilic in the final at Queen's in 2018.

"I thought I started off very well, with good intensity and good focus," said Djokovic, who reached the Wimbledon last 16 for the 14th time, which leaves him trailing only Roger Federer (18) and Jimmy Connors (16) in the record books.