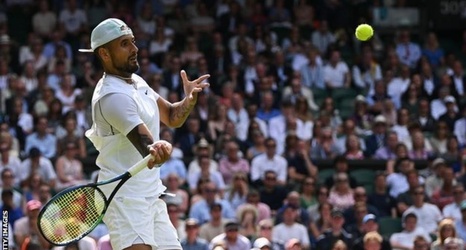 Kyrgios, 27, will play Chile's Cristian Garin in the last eight on Wednesday.

"It wasn't anywhere near my best performance level-wise but I'm super happy to get through and I fought really hard," said Kyrgios, who is ranked 40th in the world.