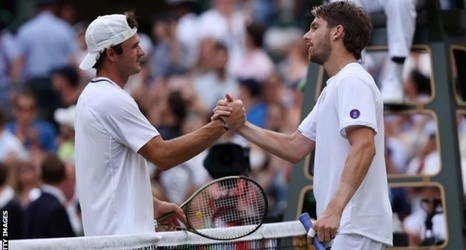 Cameron Norrie urged the British public to give him even more vocal support after he became the last home player left in the Wimbledon singles draw.

Norrie was backed by an enthusiastic crowd on Court One as he beat American Tommy Paul 6-4 7-5 6-4 to reach his first Grand Slam quarter-final.

"But I think it's even more reason for everyone to get behind me."

British men's number one Norrie produced another controlled and clinical display to win on his first appearance in a Grand Slam third round.