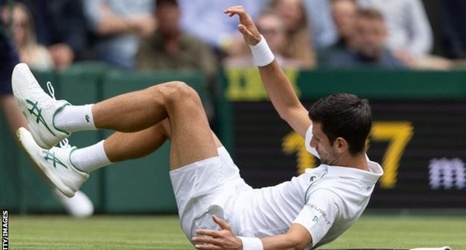 Wimbledon says its courts are "as good as they have always been" in response to mounting criticism as players continued to suffer falls on Wednesday.

Meanwhile, Australian Nick Kyrgios said the courts were a "joke" and too slow.

Former British number one Tim Henman, a member of the All England Club [AELTC] board, told the BBC: "It's about controlling the controllables."

He added: "In terms of the preparation of the surface - the science and the readings - we have all that data.

"Wimbledon will leave no stone unturned and we hope there will be no more injuries.