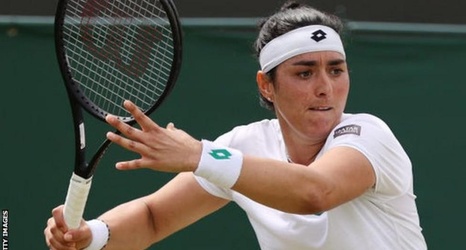 The victory sees Jabeur, 26, become the first Arab woman to reach the last eight at the All England Club.

The Tunisian - whose victory at the Birmingham Classic last month made her the first Arab woman to win a WTA title - followed up her straight-set win over five-time champion Venus Williams with a stunning comeback victory over 2017 champion Garbine Muguruza on Friday to continue her best run at Wimbledon.