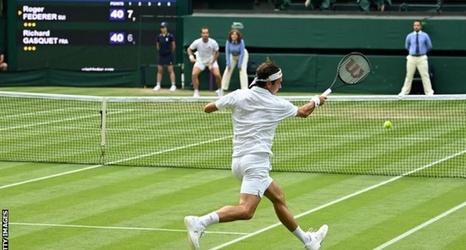 Norrie reached the last 32 for the first time with a 6-3 6-1 6-2 win against Australian wildcard Alex Bolt.

"I hope the crowd gets into it," said sixth seed Federer on facing Norrie.

"I understand if they cheer for him and if it is for me it is because of the last 20 years and all the big wins I've had here.

"Cam is a good guy, he's had a wonderful year and played great at Queen's, backing that up here.