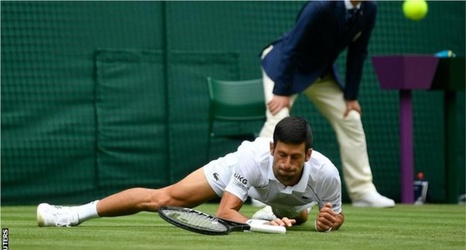 World number one Novak Djokovic brushed aside Kevin Anderson in straight sets to reach the third round at Wimbledon.

The defending champion, chasing his sixth Wimbledon title and record-equalling 20th Grand Slam, won 6-3 6-3 6-3 on a Centre Court surface that continues to cause problems underfoot.

Djokovic will play Andreas Seppi or qualifier Denis Kudla next.

"Kevin is a terrific player, very dangerous on grass courts, fast courts," he said. "Obviously a straight-set victory today but still only one break in each set was enough.