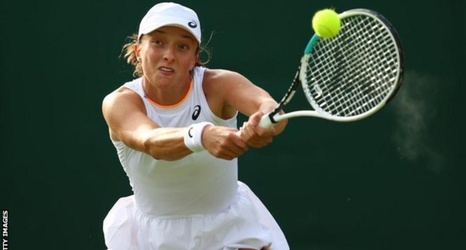 Seventh seed Iga Swiatek dropped just one game as she raced into the Wimbledon fourth round with a swift victory over Irina-Camelia Begu.

Swiatek will face Tunisia's Ons Jabeur or former Wimbledon champion Garbine Muguruza for a place in the quarter-finals.

The 55-minute match could have been even quicker, had it not been for a 10-minute fifth game in the second set.