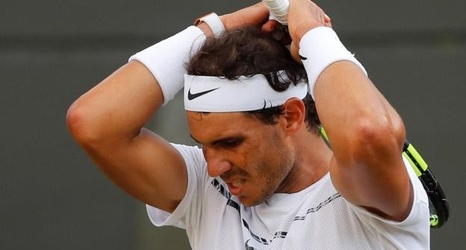 Rafael Nadal's hopes of winning a third Wimbledon title are over for another year after an epic five-set defeat by 16th seed Gilles Muller of Luxembourg.

"That was tough," said Muller, who has reached his first Grand Slam quarter-final since the 2008 US Open.