US Open: Fabio Fognini suspended from tournament for insulting umpire 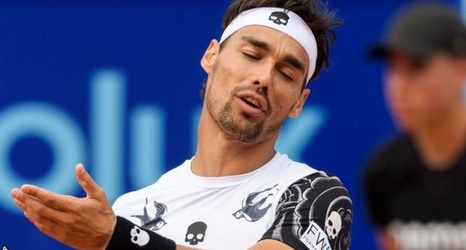 Italian Fabio Fognini has been suspended from the US Open for verbally abusing an umpire in his first-round defeat by compatriot Stefano Travaglia.

He had reached the third round of the men's doubles but was withdrawn by tournament organisers.

In 2014 Fognini was fined $27,500, the biggest penalty in Wimbledon history, for unsportsmanlike conduct.

For his latest misdemeanour in New York he had already been handed three separate fines totalling $24,000 (£18,500), which will be deducted from his $50,000 prize money for losing in the first round of the singles.