US Open 2018: Andy Murray says it is 'normal' to have doubts over tennis future 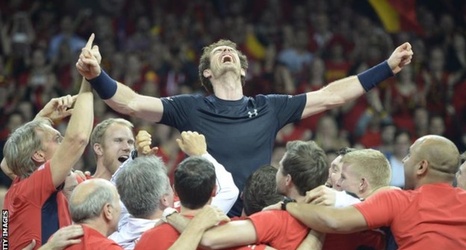 Andy Murray says it is "completely normal" to have doubts about whether he can return to the top of the game after his Grand Slam return ended in a second-round defeat at the US Open.

Murray, 31, was playing best-of-five matches for the first time since hip surgery in January.

"You just don't know exactly what's round the corner," he said.

Murray, a three-time Grand Slam champion, has only played five tournaments since returning to the ATP Tour in June after an 11-month absence with the hip problem.