US Open 2018: Andy Murray faces Fernando Verdasco in second round 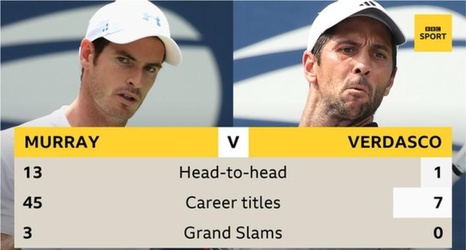 Andy Murray will be hoping to prevent Fernando Verdasco from gaining the upper hand during Wednesday's second-round encounter at the US Open.

The 31-year-old plays the Spanish 31st seed in the second match on Arthur Ashe Stadium at about 19:00 BST.

Murray said: "Fernando is a great shot-maker and someone, that when he's on his game, is really tough to beat.