To Get Better at Being Single, Coco Gauff Is Making It a Double 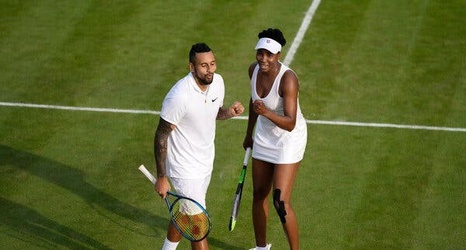 WIMBLEDON, England — Coco Gauff, 17, and Roger Federer, 39, are at opposite ends of their playing careers, but they keep sharing the same highly desirable real estate.

Both were on Centre Court at Wimbledon again on Saturday, just as they were on Thursday.

Gauff went first, defeating Kaja Juvan 6-3, 6-3 to reach the fourth round of the tournament where she became a star in 2019 by reaching that same round in her Grand Slam singles debut.

Federer went next, fighting through a rough patch to win 6-4, 6-4, 5-7, 6-4 against Cameron Norrie, an unorthodox but dangerous British left-hander who stole quite a bit of Federer’s crowd support but ultimately not his thunder.