The Nick Kyrgios Show, Also Known as Wimbledon, Gets Another Encore 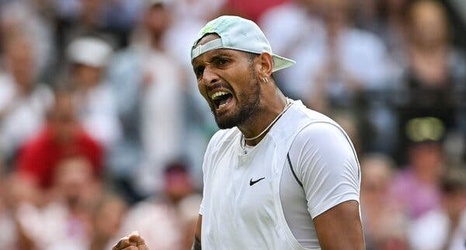 WIMBLEDON, England — Going up against the tennis talents of Nick Kyrgios, the powerful Australian with hands as soft as a masseuse’s, is plenty difficult in its own right.

That is just the start, though. Kyrgios, practitioner of psychological warfare, can be even more formidable.

The sport’s outspoken, charismatic bad boy, whose antics have stolen the Wimbledon spotlight, casts a spell on the vast crowds that pack stadiums to watch his matches, even on Centre Court at Wimbledon, that supposed temple of decorum.

The mid-rally, between-the-legs trick shots, the twisting and curling winners and the antisocial theatrics force opponents to take on Kyrgios and thousands of spectators looking for another episode of the most unpredictable and compelling show in tennis.