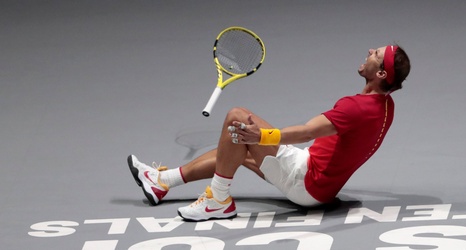 MADRID — With nothing left to prove at this stage, Rafael Nadal went out and proved something more.

That at the end of another grueling season he could shrug off nagging injuries, middle-of-the-night finishes and inspired younger opposition and still lead Spain to a Davis Cup title by winning all eight of his matches.

Nadal, back at No. 1 at age 33, was undoubtedly the player of the week in this new, quick-hitting 18-team final format that is hardly to everyone’s taste in tennis.

But though he clinched the victory at home in Sunday’s championship match against Canada with a 6-3, 7-6 (7) victory over Denis Shapovalov, his was not the most moving performance of the day.