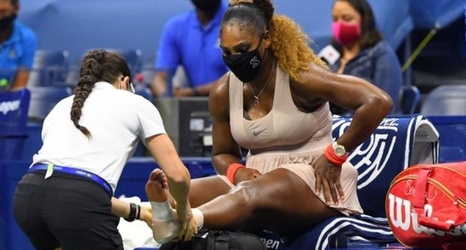 Serena Williams has pulled out of next week's Italian Open with an Achilles injury that troubled her in Thursday's US Open semi-final defeat.

The 38-year-old American was beaten by Victoria Azarenka at Flushing Meadows to miss out on her latest chance of a record-equalling 24th Grand Slam.

She took a medical timeout early in the third set to have her left ankle re-taped because of the Achilles issue.

The Rome event, starting on Monday, is two weeks before the French Open.

Immediately after her US Open defeat Williams said she would play at the French Open, where she will get another chance to match Margaret Court's Grand Slam record.